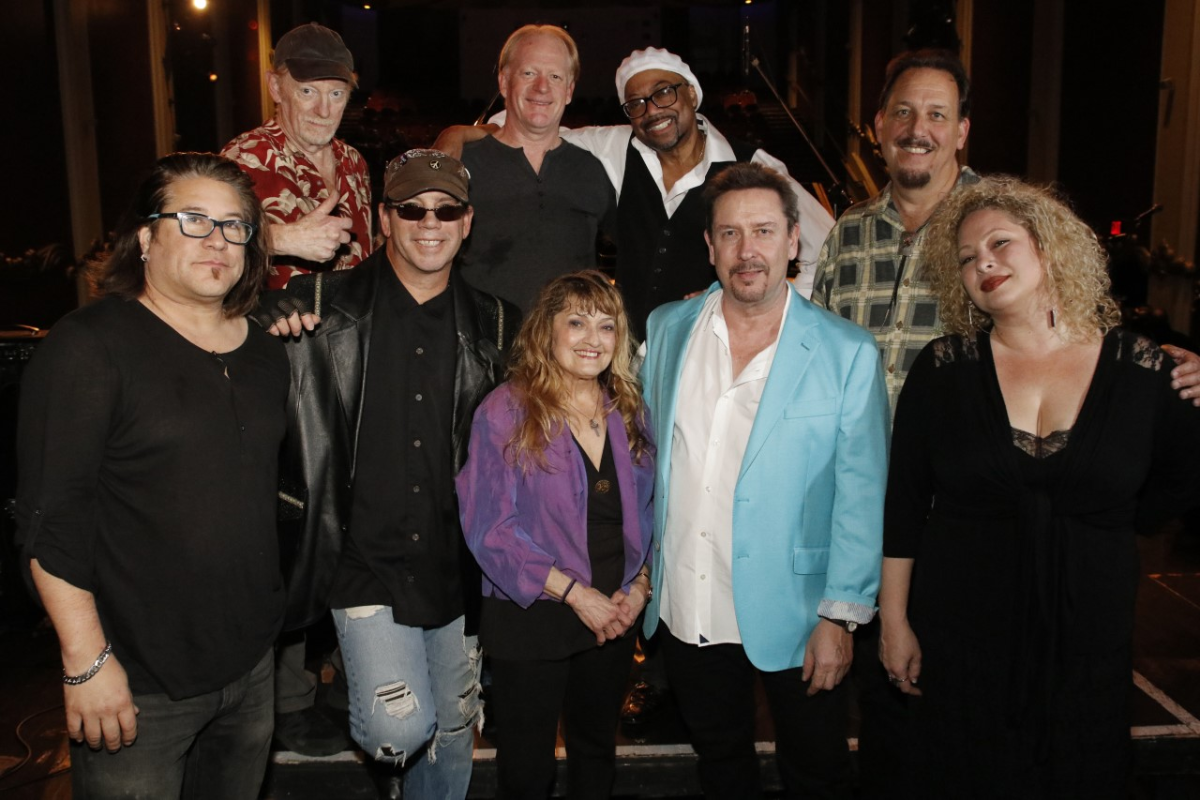 Lydia and the band debuted when the Fillmore was at its peak as one of the nation’s musical Mecca’s. Owner Bill Graham was so impressed with Lydia’s voice and the sound of the band that he immediately signed Cold Blood to his new record label. During the span of six original late-60’s, early-70’s albums, Lydia Pense and Cold Blood helped, along with Tower Of Power, forge their own specific brand of funk/soul and R&B which came to be know as East Bay Grease. That music still holds up today, proving that great music is timeless and will continue to inspire generations to come. Lydia Pense and Cold Blood packed the San Francisco Ballrooms in their heyday, but that was then and this is now. In the now, Lydia Pense and Cold Blood still fill halls with cheering, dancing, foot-stomping fans. Far from fading over the years, Cold Blood has flourished.

Along with Tower of Power, Cold Blood pioneered the Bay Area's brass heavy funk-rock sound, which came to be known as "East Bay Grease." After debuting at the Fillmore in 1969 and initially signing to Bill Graham's San Francisco Records label, they developed into one of the most popular high-energy bands in the Bay Area. Fronted by the proverbial little girl with a huge voice, Lydia Pense's powerful vocal chops were impossible to ignore, and despite frequent personnel changes within the band, Cold Blood always attracted inspired and creative musicians and remained a crack unit.

Cold Blood seemed to be overshadowed by Chicago Blood Sweat And Tears, Tower Of Power, and other more commercially successful horn-fueled bands of the era, but their biggest curse was the critics and reviewers who were relentlessly comparing Lydia to Janis Joplin (who, in reality praised Lydia and the band, including their blistering cover of "Piece Of My Heart"). This, combined with questionable management, frequent personnel changes, and weak album distribution relegated the group to limited success. Cold Blood appeared at the Fillmores often and at many major concerts and festivals but remained most popular in the Bay Area.

Cold Blood's sixth album, Lydia Pense and Cold Blood, released during the bicentennial year of 1976, would be the group's last studio effort of the 1970s. Lydia settled into seclusion on the outskirts of Sonora for most of the 1980s, raising her daughter Danielle. As her daughter approached adulthood, Lydia again began pursuing music and by 1988 had recruited the musicians who would begin a new phase of Cold Blood's horn-driven rock and soul-drenched sound.

A live album titled Live Blood was issued in 2008, proving Cold Blood's appeal had not diminished. Featuring classic older songs as well as new material, this album proved to be what Cold Blood fans had long been waiting for: a sizzling live set that remained true to the pulsating horn-laced sound that defined the band, fronted by an incomparable singer with an astonishingly powerful voice.