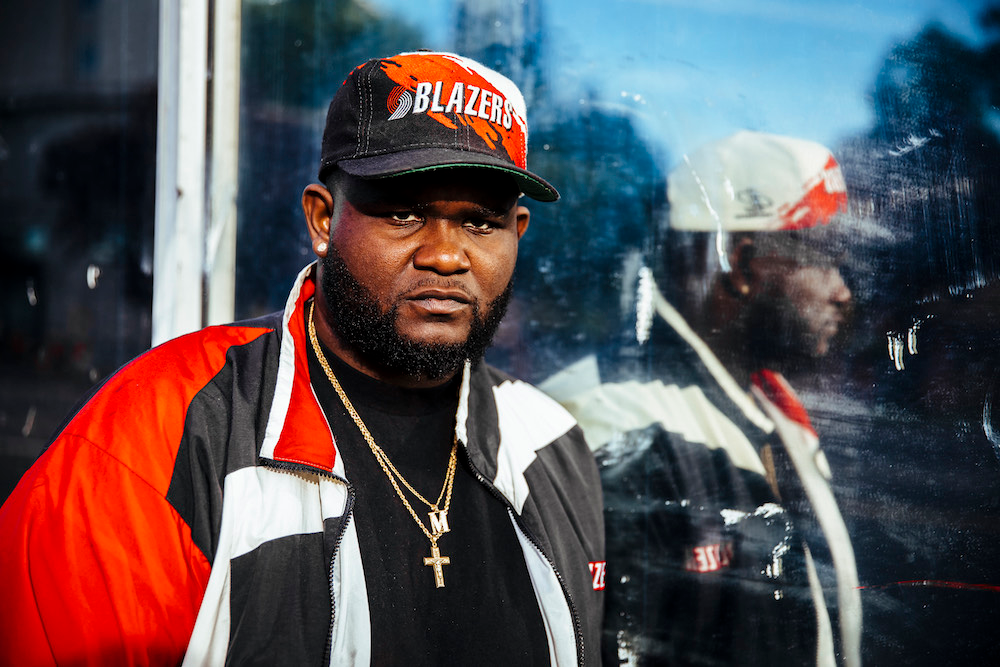 Mic Capes is a prolific hip hop artist from Portland, OR that represents the North Portland neighborhood, St.Johns. Capes is known for his authenticity, vivid story telling ability, raw lyricism, versatility of styles and deliveries, and thought provoking social commentary as key components of his music while at the same time making music you can bounce to. Capes states he grew up around music his entire life but began writing raps at the age of 11 while in a foster home as therapy and a way to express the emotions and thoughts he had tucked away. He names Tupac Shakur, Scarface, Nas, DMX, Kendrick Lamar, J.Cole, Nipsey Hussle, Lupe FIasco, Black Thought, Juvenile, Lauryn Hill, and Kanye West as some of his biggest musical influences.

When Portland emcee Milc boldly rapped that he is “the only white boy could sign to Griselda,” this proved to be far from a hollow brag. Repping northeast Portland like a badge of honor, Milc effectively balances gritty drug talk with potent punchlines. The PDX rapper boasts a distinctly raw style reminiscent of Sean Price or Jadakiss but with a unique ear for beats that often mirror the avant-garde soundscapes of Alchemist and Madlib. As one half of Portland’s infamous and irreverent hip-hop group LOAD B (alongside the immensely talented and gravelly-voiced Brill), Milc solidified himself as a mainstay artist within the city as well as a “rapper’s rapper” due to his skilled and humorous penmanship. Milc has more recently been on a prolific run as a solo artist, dropping projects with some of the city’s most respected producers Calvin Valentine, Trox, Sxlxmxn, Lawz Spoken and L.A.’s Chase Moore. Milc is currently preparing to continue unloading the clip of solo projects via the release of “WINDBREAKER” through critically acclaimed label FRESH SELECTS with Seattle based producer Andy Savoie. - Keegan Bauer

SXLXMXN is a producer based in Portland, OR. Pronounced as his first name, Solomon, his production resume includes work with Danny Brown, The Underachievers, Smoke DZA, Dave B just to name a few.