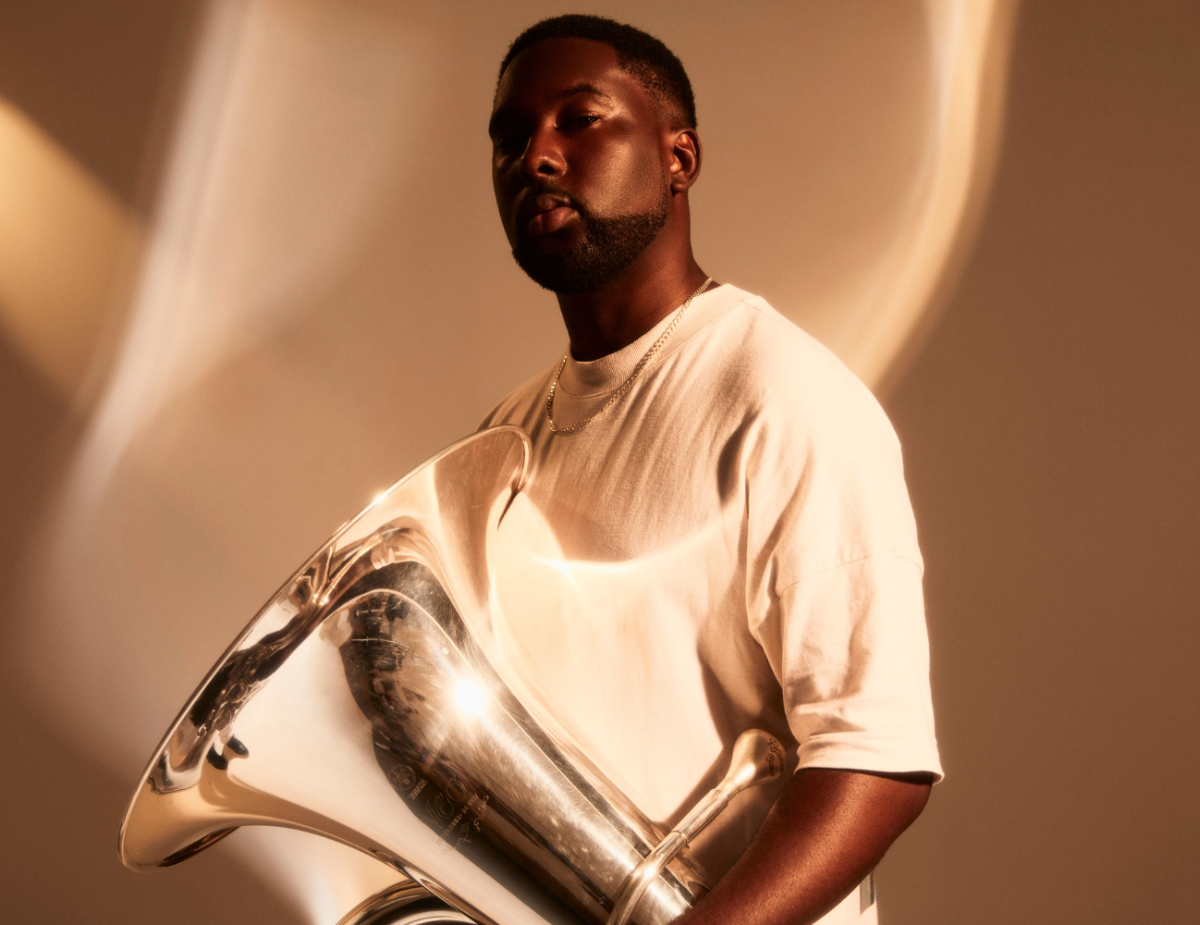 Theon Cross is one of those rare musicians whose vision has redefined their instrument. His unique approach to the tuba has expanded the instrument’s sonic possibilities in revolutionary fashion, restoring it to a long-forgotten prominence as a crucial part of the contemporary jazz ensemble. Through his combination of technical mastery, studio smarts, deep musical knowledge and expansive vision, the power and originality of Theon’s playing has reinvented the tuba’s place in modern music.

Exploring the tuba’s possibilities in the light of diasporic bass culture – ‘Afro-Diaspora Music’ or ADM, as he calls it – Theon has worked to develop the full sonic spectrum of his instrument, transforming it into a total 21st century sound-system, powered by breath. Using the instrument’s ability to produce sub-sonics, bass, mids, and tops, Theon creates complete sound-worlds, building up from rhythm and bass to arrive at melody. Employing its oft-neglected capacity to generate complex multiphonics and sustained pedal tones, he can summon colour, texture and atmosphere. With this expanded low-end theory as his base, Theon approaches his music with a sensibility that travels freely across outernational style and genre, but which remains deeply rooted in his own African-Caribbean heritage. A graduate of Guildhall school of music and an alumnus of the legendary Tomorrow’s Warriors, he is as at home with ensemble jazz as he is when playing road marches, collaborating with grime stars, or providing bassline pressure in reggae, afrobeat or soca settings.

The flexibility and power of his sound has made Theon an indispensable presence across the length and breadth of the current UK jazz scene, and he has collaborated on dozens of award-nominated and award-winning projects. Since 2013 Theon has been a core member of Shabaka Hutchings’ MOBO award-winning Sons of Kemet, with whom he has recorded and toured globally. He has played regularly with Nubya Garcia, appearing on her now classic Nubya’s Five LP; with Moses Boyd Exodus, featuring on Displaced Diaspora and Dark Matter; with Ezra Collective, on Juan Pablo The Philosopher; and with Cassie Kinoshi’s SEED Ensemble, among many more. His solo track ‘Brockley’ was a standout on the Brownswood collection We Out Here. Beyond jazz, he has worked with grime megastar Stormzy, appearing on the opening cut of Heavy Is The Head, and played alongside major musical figures including Kano, Pharaoh Monch, Emeli Sandé. Most recently, he has featured on albums by The Smile, Little Simz, Steamdown, Joy Crookes, Ill Considered and Lafawndah.

Effective March 12, 2022 masks will no longer be required for patrons but will be strongly encouraged when not actively eating or drinking. Effective March 22, 2022 proof of vaccination or a negative COVID test will no longer be required for entry. These policy changes will be in effect until further notice.
Artist Info
Theon Cross
Media
Related Events 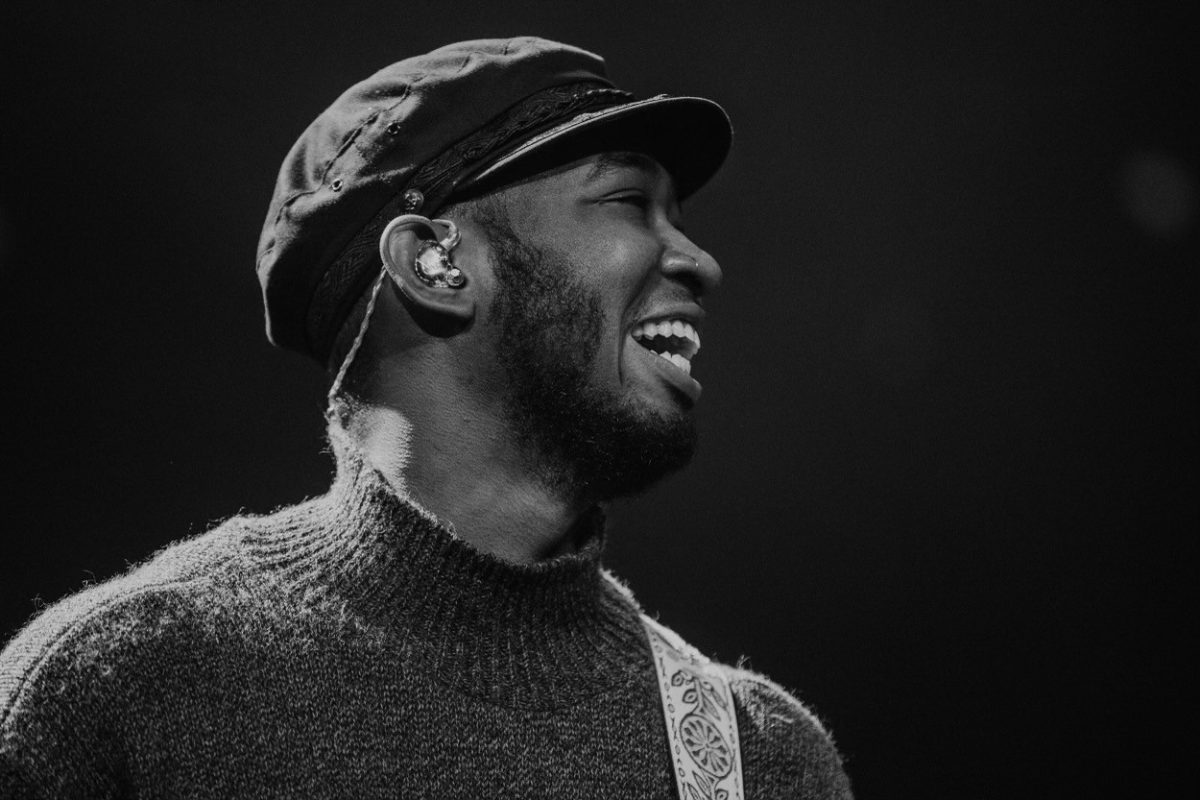 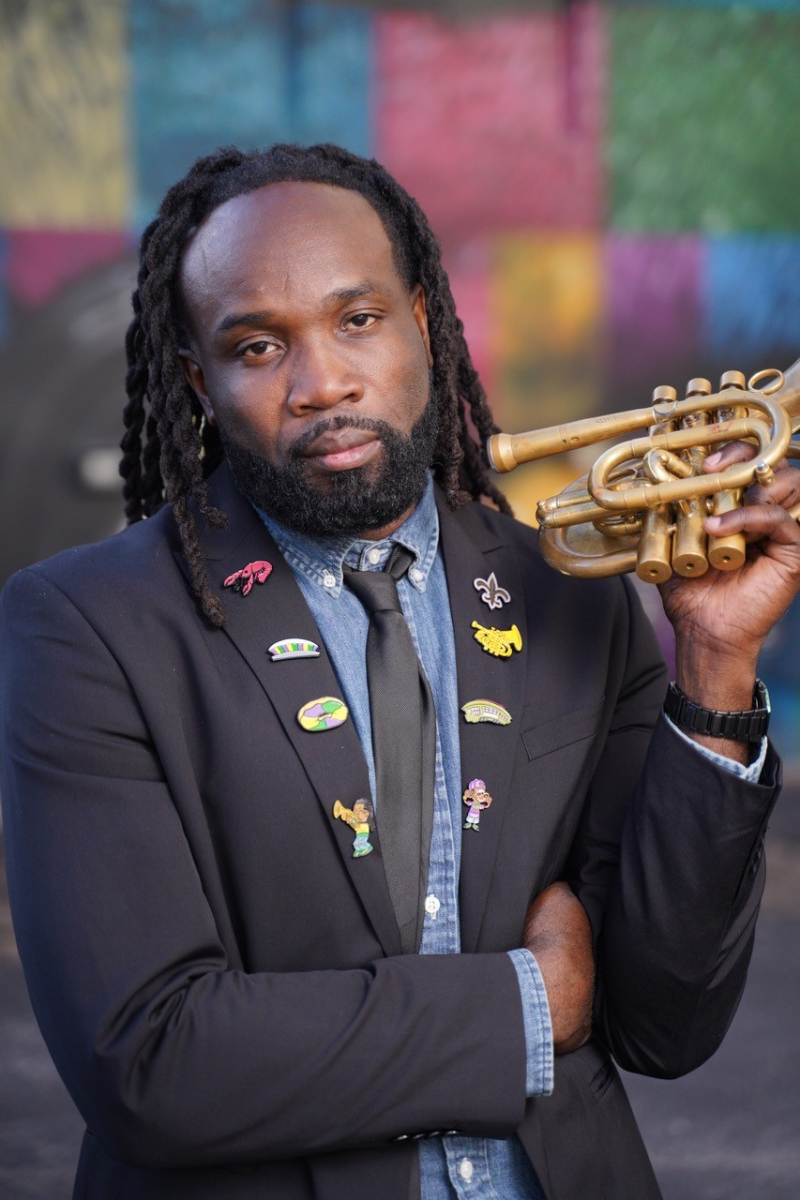 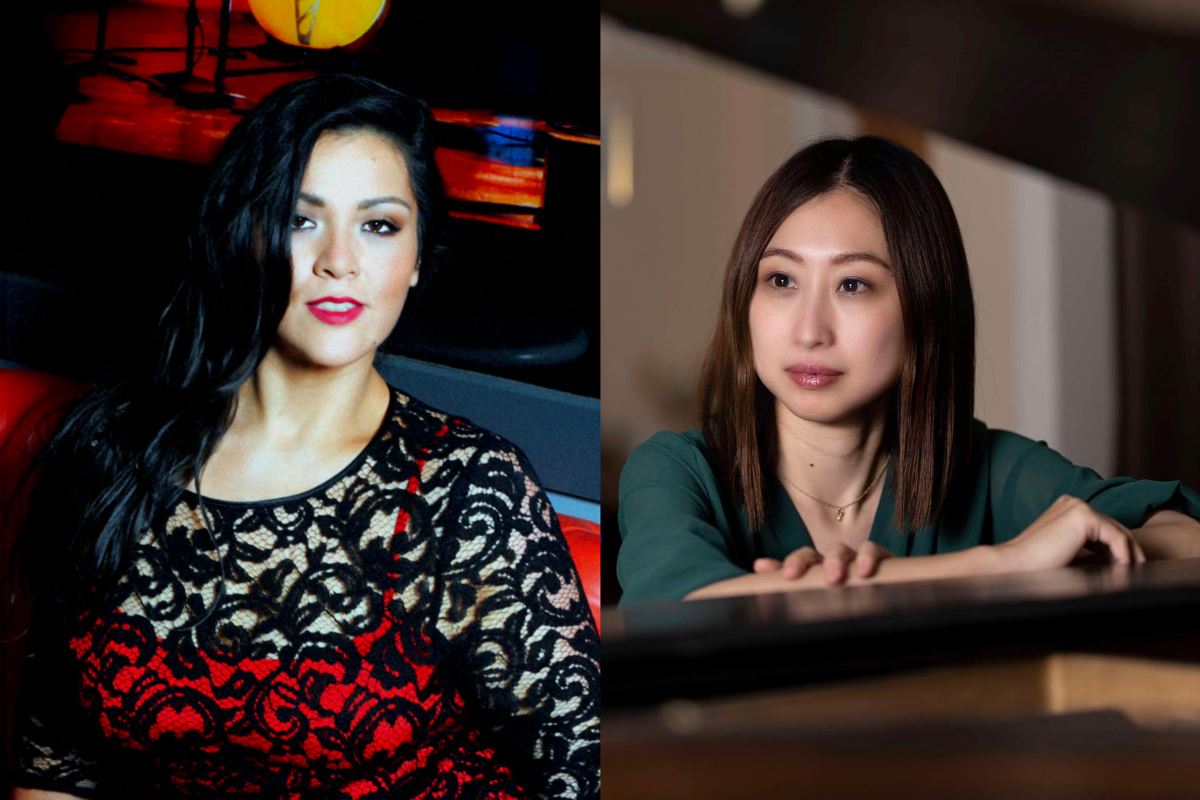