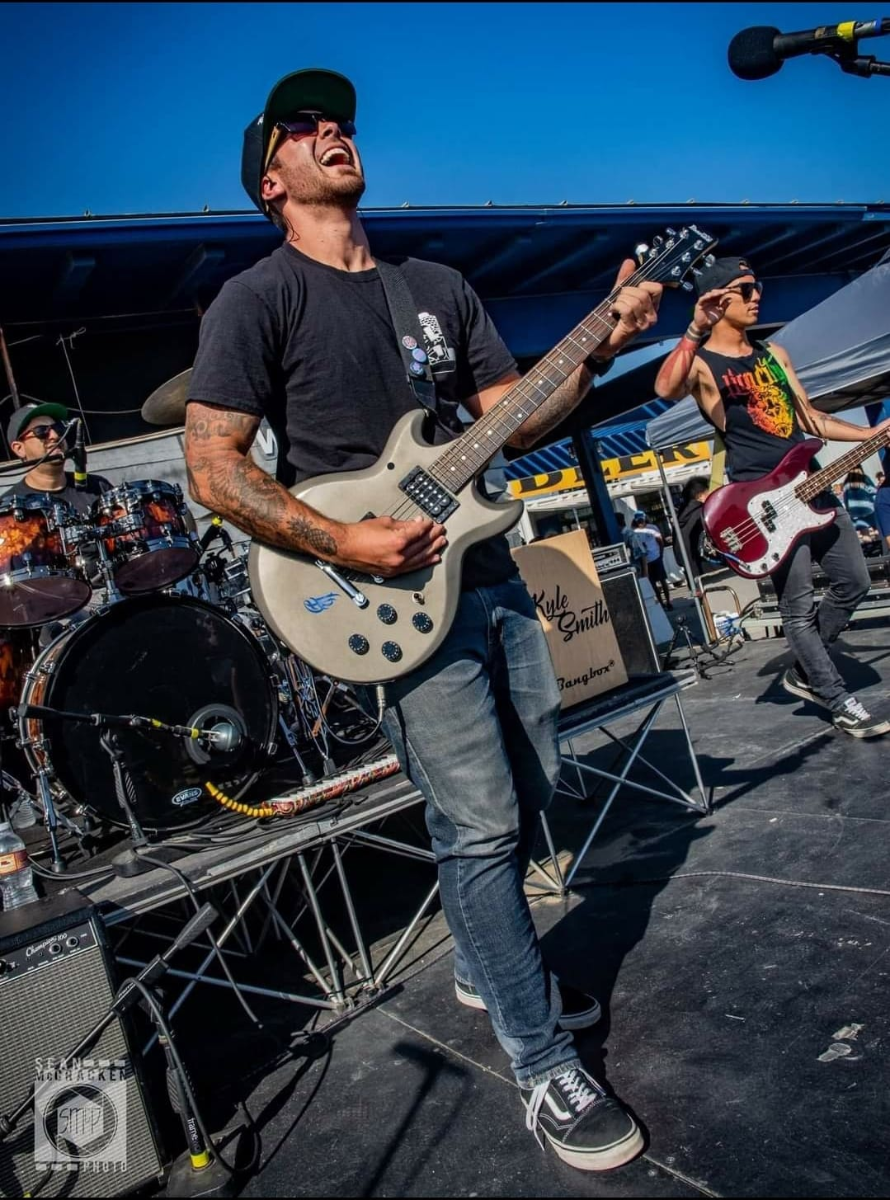 Reggae rock singer-songwriter Kyle Smith, from Ventura, California, offers his blend of Southern California style reggae with Ska, Punk Rock, & Hip Hop that is catchy, truthful, and humorous. Kyle's roots come from years of his troubled youth and addiction while living in Long Beach, CA. His songs explain his life as a young addict with songs like “Dope Fiend” and “Jaded” all the while keeping an uplifting spirit and tempo. Kyle is a warrior, and a beacon of light whose goal in life is to give hope and spread positive vibes with his music. His talent is raw, natural, and unforced. Whether solo with his guitar, or backed with a band, Kyle stands tall and proud. With a flash of his smile he immediately warms up the room and invites you into his world.

On 9/24/2021, his first full length album "Lost Cause" was released on iTunes, Amazon, Google Play, and all other major digital outlets and charted at #2 Reggae Album. Kyle has been touring nationally for years and has recently been on the festival circuit for California Roots Festival, Reggae Rise Up Festival (Florida & Vegas), Mammoth Reggae Festival, and being added to more every month. Kyle has also been featured on internet and radio stations  all over the country including, 92.9 KJEE, 91.9 KCSB, Surf Roots Radio, and more.

As for the future, Top 40 domination is inevitable. Kyle’s music is going to spark and inspire a new generation of reggae rock enthusiasts.