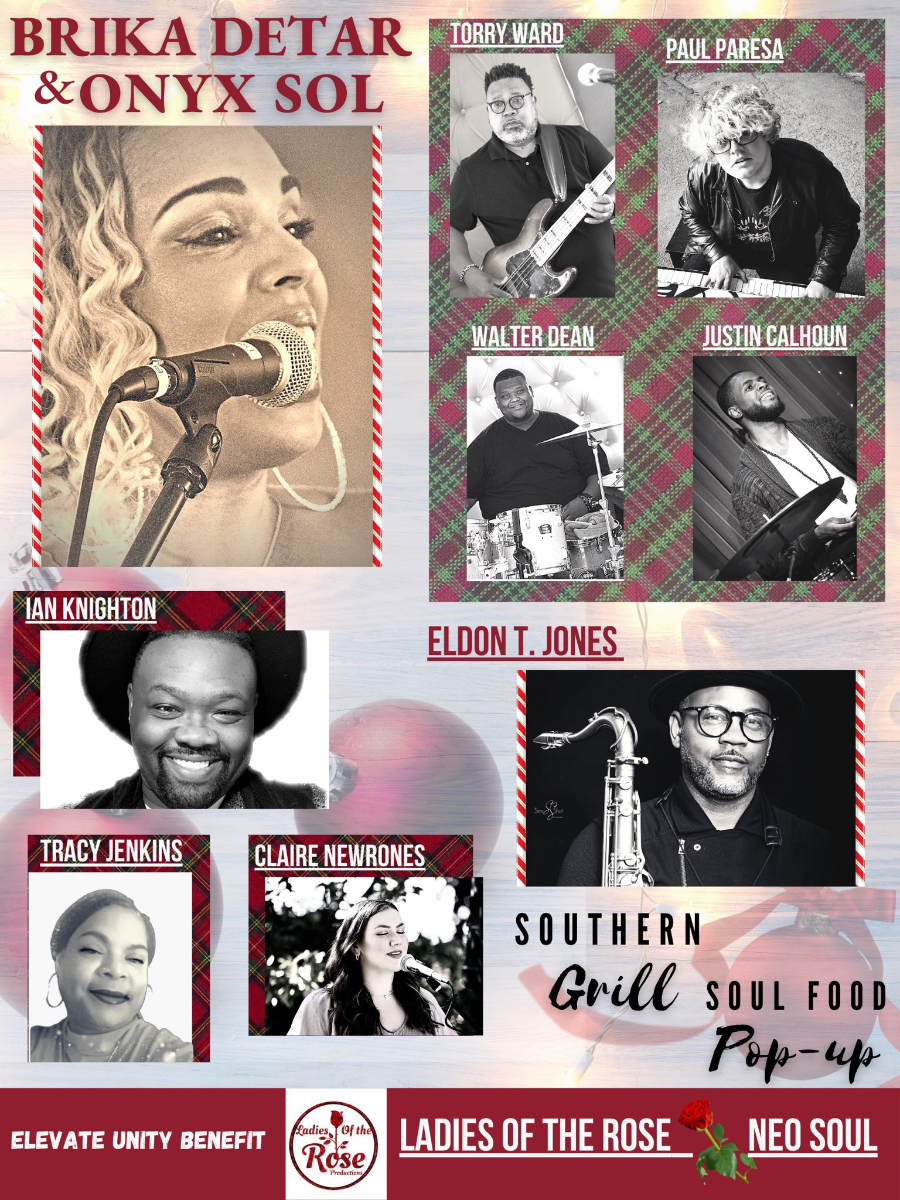 Soundstage Events, Muse Media Collective and Ladies of the Rose collaborate to celebrate the legendary Soul Sundays at the Jack London! & the Elevate Unity Nonprofit.

Get ready for an incredible evening of SOUL, MUSIC & FOOD...

Soul Food Pop-up Featuring Southern Grill
$15 Chicken Dinner
$20 Brisket Dinner
Email m3soundstage@gmail.com to pre-order and receive $5 off!
We're inviting all the musicians who ever graced the Soul Sunday stage from the beginning in 2016..
The lineup features many of the artists who got their start on the Sunday nite showcase.

Singer/songwriter, Brika de Tar, began her singing career over 15 yrs ago, performing in various venues throughout the Nashville music scene as well as in Portland, OR. performing at various festivals and venues.

Brikas vocal vibe is fashioned from the world of R&B, Neo Soul, Jazz, and the genres that we all love the most. Brikas undeniable energy, sultry and transparent vocal vision on life and love will take you on a much needed journey. She has dedicated herself to creating an atmosphere in which you can feel the vulnerability of her souls deep love for the art of music from the first and unto the last note she sings.

Walter Dean, aka Walt Dizzle, embarked on his profession as a percussionist 30 years ago.

Walter has found himself performing with some of Portland’s most well known and acclaimed artists such as Alonzo Chadwick and "Zoulful Muzic",

Torry Ward is no stranger to the Portland music scene. Torry is an exceptionally dynamic bassist and his professional experience extends from back in the 80s. Torry performs with undeniable musical inspirations such as Eldon T Jones and N'Touch, The LaRhonda Steele Band, Ronnie Wright, Chris Turner, and now the highly anticipated Brika de Tar & The OnYx Sol Band.